Did you know that cleaning your child’s pacifier with your own saliva may reduce the likelihood that they’ll develop eczema and allergies later on? While it may sound like nasty business, researchers in Sweden reported that an infant’s immune system against eczema, allergies, and asthma is stimulated when parents introduce gut microflora onto the pacifier through their spit. This system works because of the exchange of oral bacteria from parent to child who then swallows the bacteria, which in turn helps to regulate the development of tolerance in their gut.
The study* was conducted among 136 children, all of whom used pacifiers during the first six months. Out of the 136 children, 65 of them had parents who sucked on the pacifiers to clean them. After 18 months, the researchers found that the likelihood of eczema and asthma were reduced in the children who sucked on spit-cleaned pacifiers. This effect held for eczema through the age of 3. It is important to note that spit cleaning had no effect on the transmission of respiratory illnesses from parent to child.
Children also receive these immune system-boosting gut microbes when they pass through the birth canal during a natural vaginal birth. Considering this, researchers recommend that parents who delivered through a cesarean section should at least lick their child’s pacifier because these children are more likely to develop allergies than those delivered by natural birth. 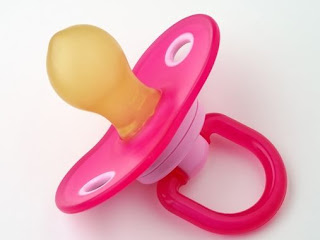